Important: In line with the governments directive that we are to escalate to COVID-19 Alert Level 4, all DHB facilities will be adopting a no visitors policy with only a few exceptions. Learn More 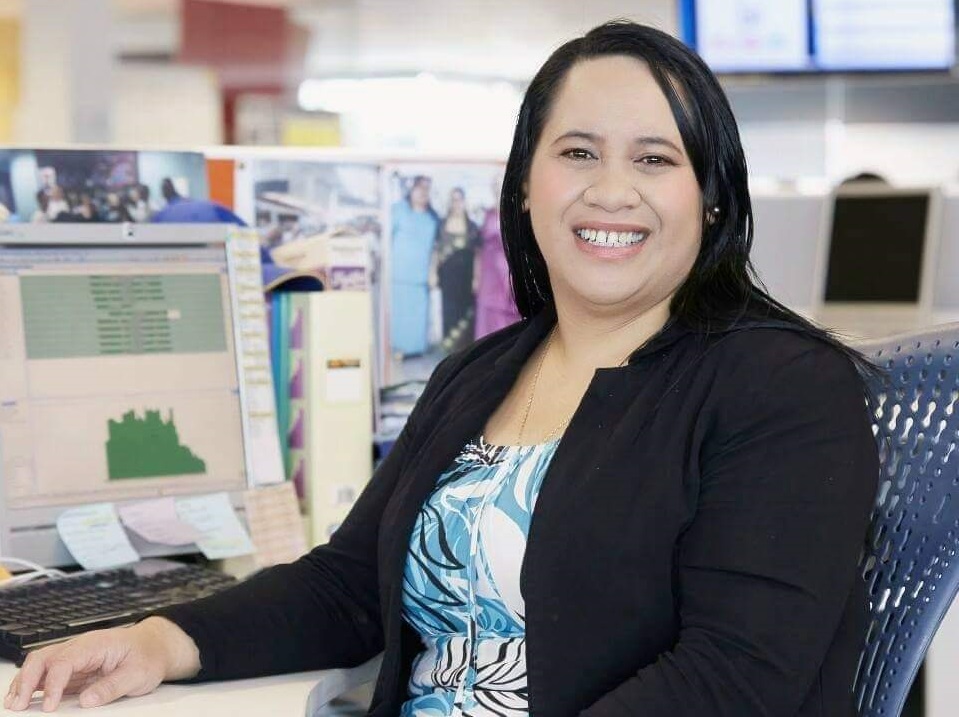 Latest news Friday 6 March|Until early 2019, 41 year-old Jane Foster had been living a busy life. Originally from the Cook Islands, she was living in Papatoetoe with her husband Phil, juggling work, drumming and other social activities and family life.

It all suddenly changed for her when she was hospitalised in February, had major heart surgery in March, followed by a stroke in August. Mrs Foster never thought she could have a stroke.

“I remember the 2nd August 2019 like it was yesterday. I had family over at the time. We were eating and enjoying each other's company. I started to do the dishes and suddenly my right hand lost all movement and felt numb. I knew something was wrong but couldn't quite understand what was happening.

“My husband was on his way to work. He came to check up on me before he left and then suddenly I lost movement; I couldn't talk. My husband called the emergency services,” says Mrs Foster.

“I didn't know I’d had a stroke twice that morning and still didn't realise the impact of my stroke until that evening. It was hard to communicate.”

Mrs Foster stayed in a Middlemore Hospital acute ward for four days until she was fit enough to move to the Rehabilitation ward.

“It was there I was determined to get out of hospital and go back home. Staff at the Rehab were really supportive and helped me achieve my small goals.”

Mrs Foster had to relearn how to walk, how to move her upper body and how to talk. After two weeks in hospital, she was fit enough to go home and continue rehab with the Counties Manukau Health (CM Health) Community Stroke Team, having daily sessions with a physiotherapist, speech therapist, nurse, social worker or rehab assistant.

“At times I wanted to give up, but after three months I was sounding more confident and my movements, my walking and talking were getting there and I felt so much happier with the way things turned out. Now I am finally starting to go out again,” says Mrs Foster.

“Classical risk factors are high blood pressure, diabetes, obesity, high cholesterol, smoking and illicit drug use. We are increasingly seeing these risk factors in younger patients, and this may play a part in the increase of stroke in the younger population.”

In South Auckland, factors such as the prevalence of rheumatic fever, which might mean that people have to have heart surgery, translate into an increased risk of stroke in the future.

Stroke amongst Maaori and Pacific people is also not decreasing.

Reducing stroke risk - According to Dr Green, at least half of the strokes are preventable. These are some of the most important things people can do to prevent stroke:

- Have your blood pressure checked regularly.
- Avoid excessive alcohol.
- Avoid smoking.
- Check for other health factors such as diabetes.
- It is very important to take your medication. If you have concerns with your medication don’t just stop taking it – talk to your doctor.
- Avoid recreational drugs.
- Be aware of the signs of stroke – the Stroke Foundation uses the FAST message to remind us of the signs of stroke, check www.stroke.org.nz/fast

If you suspect someone is having a stroke, ring 111 to call an ambulance as soon as possible.

30 days ago Less than a minute to read Communications Team