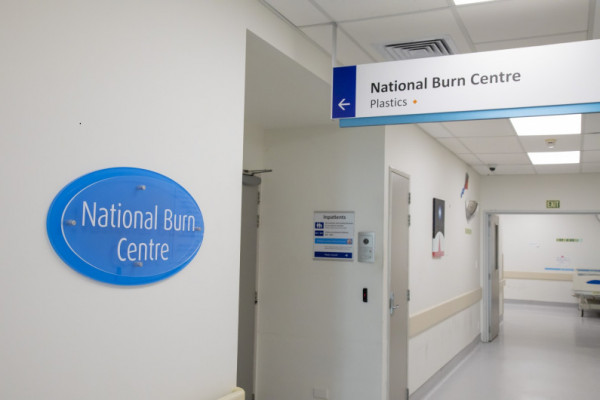 Latest News 6 April 2020 | The last patients involved in the Whakaari/White Island tragedy have now been discharged from the National Burn Centre.

The volcanic eruption at Whakaari/White on December 9 in which 21 people lost their lives set in motion a massive national and international response in which the National Burn Service hosted at Middlemore Hospital, was key.

For more than 100 days, staff across the service, comprising Burn Units at Middlemore Hospital, Waikato, Hutt Valley and Christchurch hospitals have cared for White Island patients with burns of up to 80 per cent of their bodies.

As a result of the tragedy, the National Burn Service saw more burns at once than it would expect to treat in a year.

The Middlemore team was well supported with extra help from clinicians across New Zealand and overseas, according to Chief Medical Officer at Counties Manukau Health Pete Watson.

“Amazing people did amazing work. People really stepped up and now we have discharged the last of our White Island patients back to their region. It is a good time to say a huge thank you to everyone who was involved,” he says.

Twenty three people were injured in the eruption. Many of these people will face on going treatment for their major burn injuries.

15 months ago Less than a minute to read Communications Team